The Company's Management System is certified with ISO 9001:2008 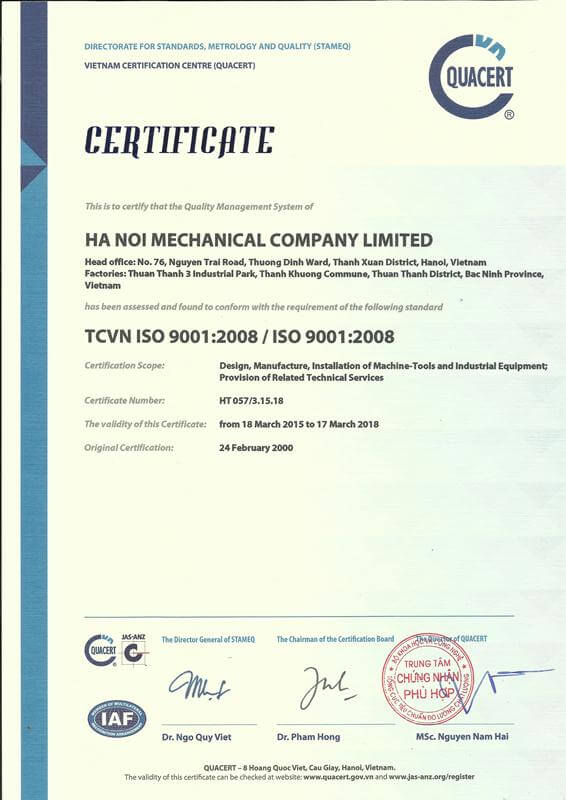 The Auditors from Vietnam Certification Center (QUACERT) made audition and sent The stage 2 Certification Audit Report to the Company on March 14th, 2015. After receiving The Company's evidences of corrective actions taken, on March 18th, QUACERT decided to grant certification 9001:2008 for HAMECO.

June 25, 2021 Hanoi-Hameco Mechanical One Member Limited Liability Company was honored to be recognized as one of the top 100 companies using and applying KAIZEN & GREENERGY technology for renewable energy at Hameco factory.

Certification awarded by the president of the largest solar and renewable energy organization in Vietnam-evnre.org

HAMECO is the Top 1 Iron Casting foundry in Vietnam. We offer comparative prices to customers worldwide. Although casting quotes should vary depending on Product material, geometric complexity and surface finsish requirements, we could provide some approximate price estimation for your reference only to understand about metal casting price in Vietnam.

Green Sand molding line, capacity up to 70 molds per hour