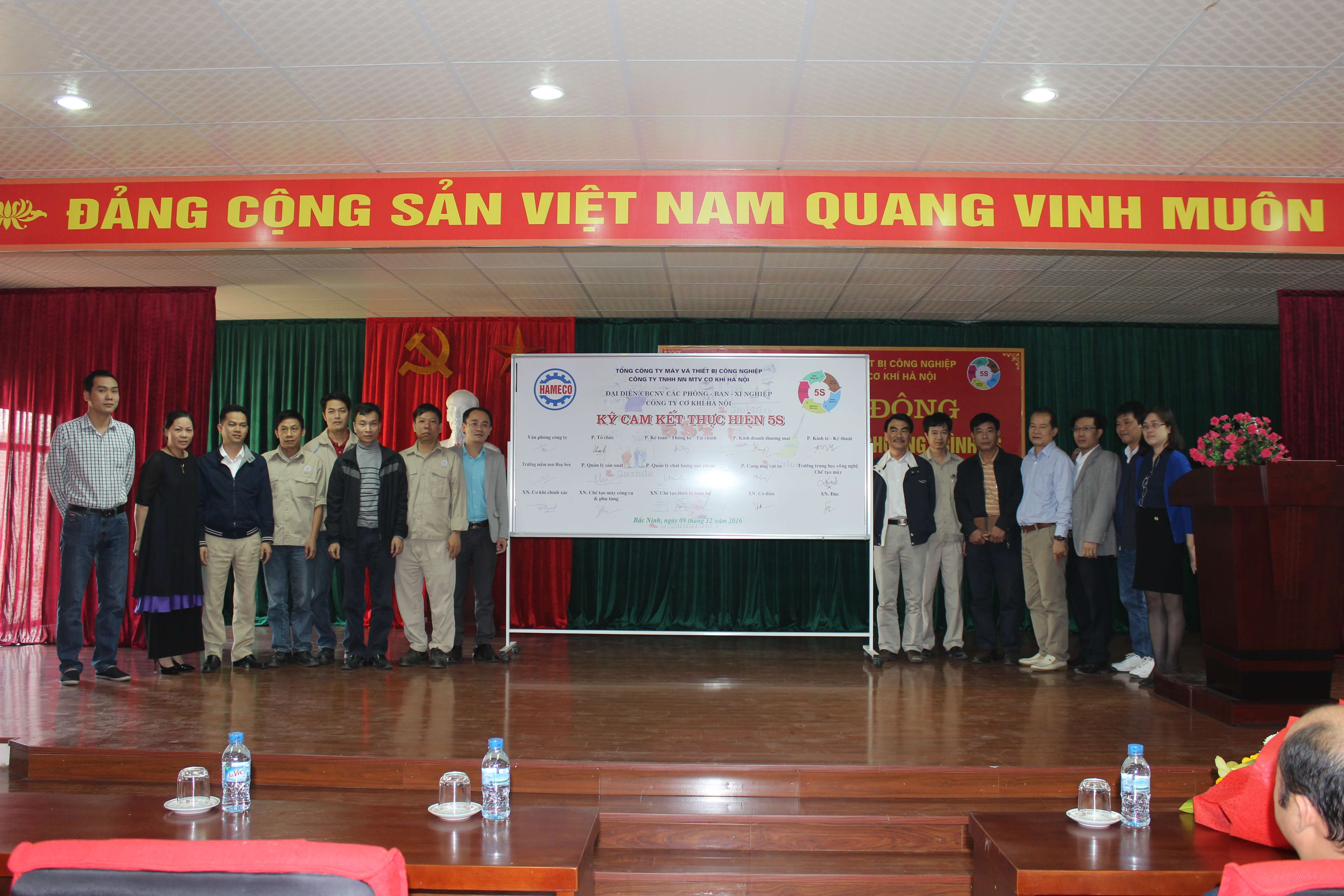 The Company’s staff attended the Ceremony

After that, Mr. Nguyen Van Vu – CEO’s Adviser delivered a speech on pointing out key issues to carry out the program

Under the witness of Managers Board, leaders of departments and workshops signed the Commitment to achieving 5S at their area.

Commitment to achieving 5S with signatures

The Company’s Staff had photo taken beside the Commitment board

The Ceremony finished with hand clapping from all attendees

Right after the Ceremony, the Company carried out a spring cleaning: sweeping and collecting garbages to prescribed place.

It is hopeful that 5S implementation plan will get successful results.

HAMECO is the Top 1 Iron Casting foundry in Vietnam. We offer comparative prices to customers worldwide. Although casting quotes should vary depending on Product material, geometric complexity and surface finsish requirements, we could provide some approximate price estimation for your reference only to understand about metal casting price in Vietnam.

Kaizen was created in Japan following World War II. The word Kaizen means "continuous improvement". It comes from the Japanese words ? ("kai") which means "change" or "to correct" and ? ("zen") which means "good".

A 5S (Five S) program is usually a part of, and the key component of establishing a Visual Workplace and are both a part of Kaizen - a system of continual improvement - which is a component of lean manufacturing.